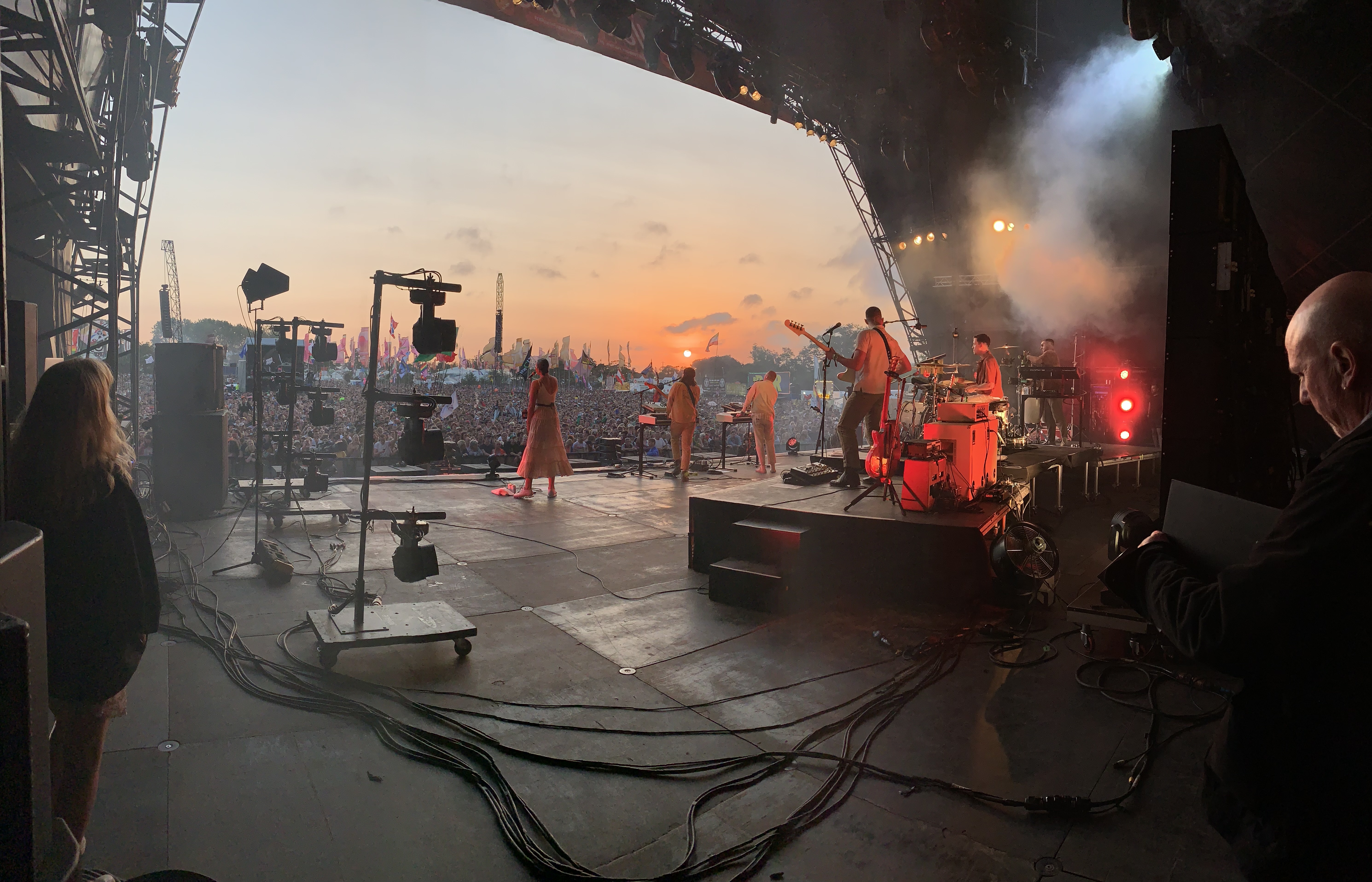 26/06/20 I’ve been involved with Glastonbury for five years and it’s an event I love. So this year, on what was meant to be the 50th anniversary of the festival, there’s a sadness across the industry and of course amongst the thousands of festival goers for whom it’s the highlight of their year. For the past two years I’ve been working for RG Jones as a sound engineer. I just turn up with a small bag of tools and my truck and awning ready for a busy but satisfying week.

RG Jones deploys Martin Audio loudspeakers across 4 major stages, including the iconic Pyramid Stage and the West Holts which is where I was based in 2019. My role as audio engineer involved installing the Loudspeaker system, all audio cabling, patch work, setting up of musical acts, line checks...the list goes on. It’s a fun few days on set building the rig, but once on set, it’s a fast paced but extremely rewarding time.

Given my ‘actual’ job is as a member of the Broadweigh team, I decided that in 2019, I would take along some Broadweigh kit with me to see for myself how it performs in a festival environment. Armed with 2 x Bluetooth shackles, I used them to monitor the loading and static weight of the delay towers, where two hangs of 16 MLA Compact were positioned 95 metres from the stage. The towers are rated to 2.5t to which the speaker hang was well under 50% of that. It was more to see the impact on lifting (small bump on the motor/ hoists), along with adding more weight. I also positioned a Broadweigh Wind Speed Sensor on top of the West Holts stage to monitor the fluctuations in the wind speed throughout the event.

The wind did pick up over a couple of the days, but, having the Wind Speed sensor in place, we could clearly see what the speed was along with the gust readings. This is invaluable information, as if the wind levels get too strong then actions can be put in place for the safety of the public, acts and crew. Also it gives the scope to log and produce wind speed data plans that can be used for risk assessments, insurance etc

Taking my Broadweigh hat off and speaking in my role as rigger/ audio engineer load monitoring is something that should be standard practise. Ideally everything that is being lifted off the ground and hung above peoples/performers heads should have a load shackle on it. The more we know the more we can do to lower the risks. Even if you know you are under weight, hoists move at different speeds, weather and temperature all provide risks along with many other factors. And, just because something looks level doesn’t mean the weight is distributed correctly. Knowing more will cut down set up times.

Perhaps more important than my opinion is the feedback I received from peers and other staff on set who aren’t as familiar with the products as I am. They were amazed at how simple the Bluetooth App was to set up and use, along with the distance achieved with no drops outs considering the Bluetooth traffic at a festival.

Since Glastonbury a couple of colleagues now use Broadweigh as standard practice in their set ups, and I hope, when the festival returns in 2021, they continue to do so. See Bluetooth Load Cells details here. 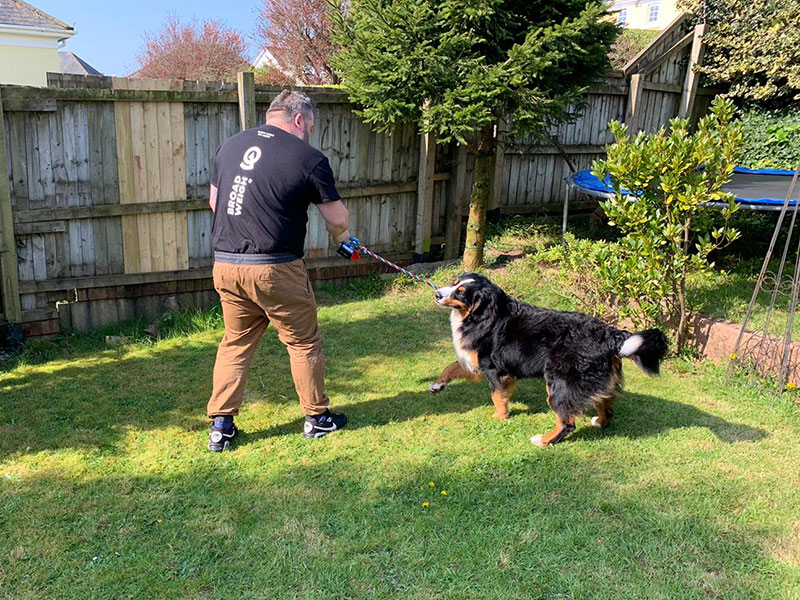 20/04/20 Thousands of tours across the globe have been cancelled, along with live music venues, theatres, houses of worship and more. In this time of unprecedented uncertainty, the future of the 2020 music industry looks bleak due to the on going COVID-19 pandemic. We can be sure that the number of coronavirus-related music event cancellations will continue to escalate with every passing day. Many countries have placed bans on large social gatherings, including the UK - which has just banned all non-essential gatherings of over 2 people, to slow down the spread of the illness. The harsh reality is that as a result of this, for the coming months there will be minimal, to no live entertainment work. I, for one, have had a multitude of festivals and live shows cancelled, missing out on not just financial gain, but a passion of mine.

This is not to say there is nothing to do. Here at Broadweigh our technical and sales department is still on hand to help. During the coming weeks, we advise you that now is the perfect time to perform yearly inspections on all your Broadweigh equipment. Below we have a small checklist that you can perform: 1 - Clean!! Get the disinfectant wipes out and clean your hardware. 2 - Visual inspection – Look for any defects (bent/cracked parts of the hardware, battery leakage, missing parts.) 3 - Itinerary – Making sure the Bow serial numbers correspond to that of the Pin/Electronics, keep a record of the shackle firmware. 4 - Test equipment – test the shackles to a known weight, this identifies if there is any drift from the calibration (2% or 25kg which ever the greater) 5 - Use your equipment for something you usually wouldn’t do. You’ll be surprised how flexible the use of a shackle is. I discovered whilst playing tug of war with my dog, he has a playful pulling force of close to 500N! 6 - Upgrade – we offer a large variety of upgrades to our shackles, from a re-calibration to a full firmware and electronics upgrade. 7 – Also, are you up to date with the Broadweigh software? We are on hand to provide the free basic Broadweigh Tool kit and Log100 training. 8- Download the latest version of the Broadweigh Toolkit App, for those using the Broadweigh Bluetooth Shackles. There as some cool new features that include: Downloading CSV file from a data chart for logging, exporting shackle settings and Colours and Thresholds for the metric tiles. 8 - Stay at home, drink tea and plan for the future. 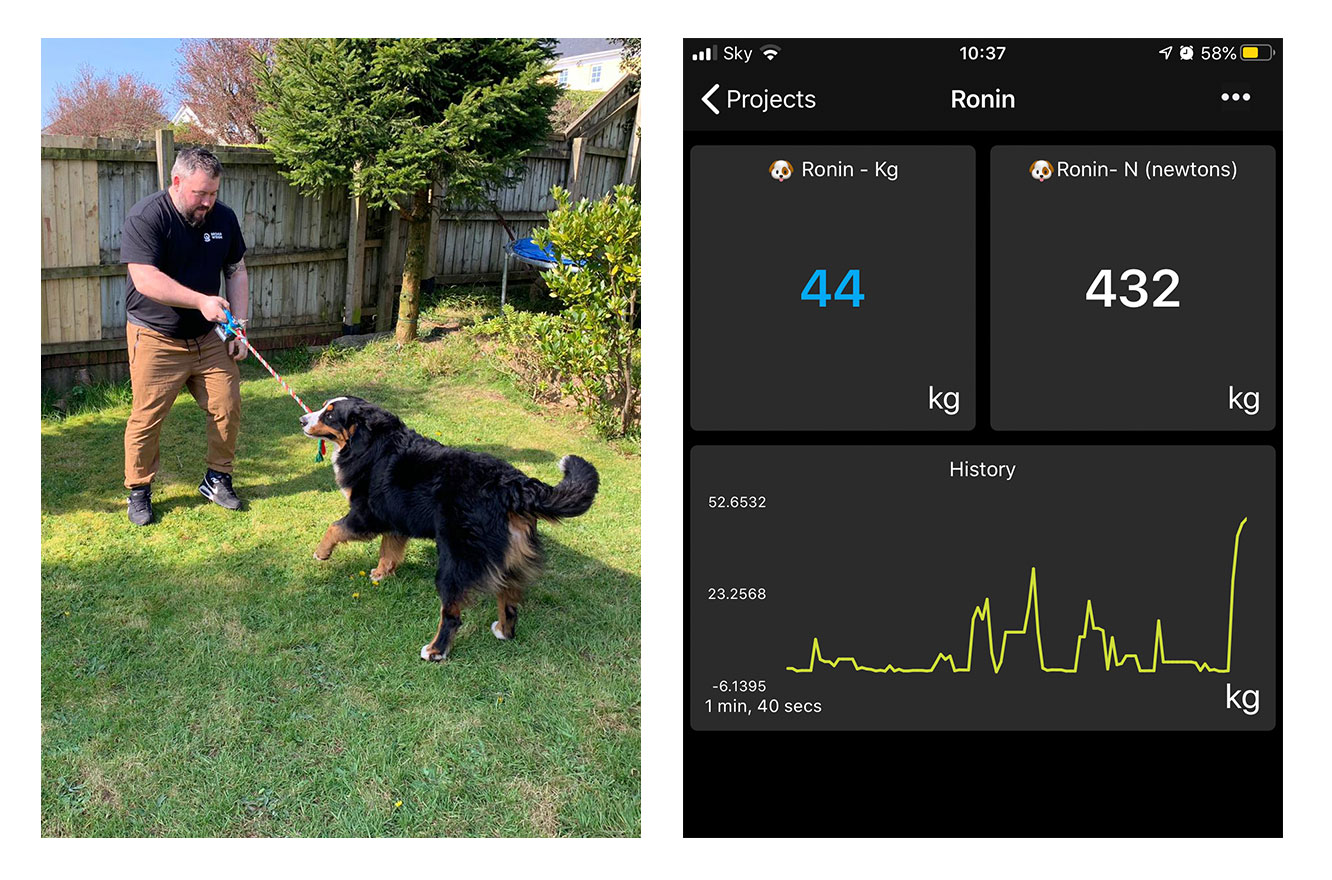 It’s clear that everyone in the entertainment industry has seen an impact. The entire live music industry has come to an abrupt, screeching halt, and unfortunately, everyone is still struggling to adapt to these immense changes. It is not just the music industry, but the coronavirus spread that is impacting every industry and sector across the world. Admittedly, the music industry is amongst those hit hardest. Professional musicians and artists rely so heavily on touring and live performances as their primary source of income, the decline of the record industry has meant that fewer music fans pay for music. The risks to public health and safety have forced governments to ground the single largest revenue stream for those in the music industry. We hope that many of the companies we work with (and rely on to deliver quality music events around the world) will be able to weather the storm; we hope they remain resilient in the face of such a period of adversity. Look forward to speaking with you all soon. Elliot Van Laere
Subscribe to our newsletter
Copyright 2020 Broadweigh is designed and manufactured by Mantracourt Electronics | All Rights Reserved | The Drive | Farringdon | Exeter, Devon, England
Mantracourt Electronics Ltd